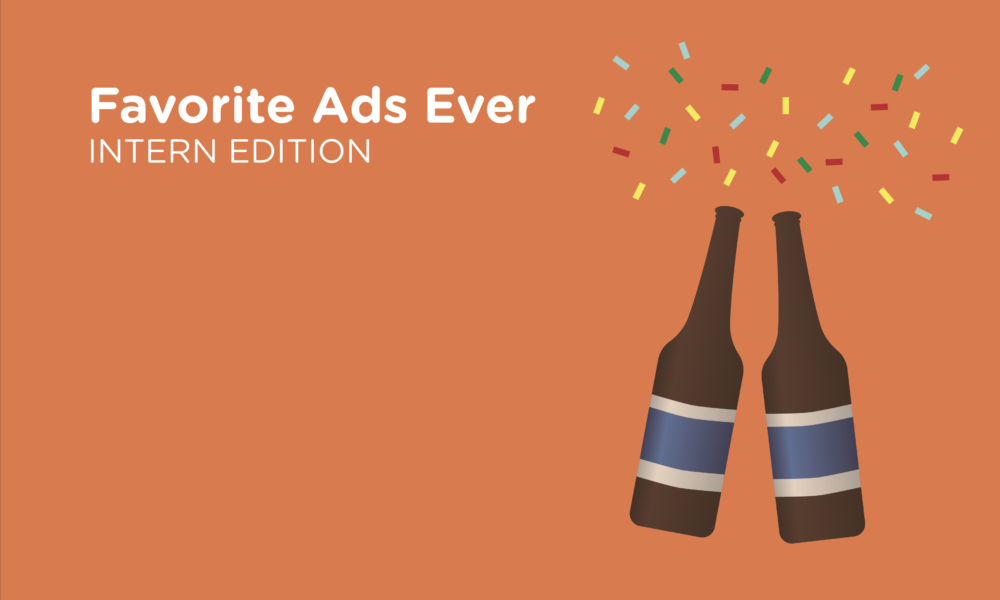 Humor has been the backbone of society for ages. People are constantly in pursuit of a good laugh. Charles Dickens once said, “There is nothing in the world so irresistibly contagious as laughter and good humor,” and I couldn’t agree more! Successful advertising knows this and milks it for all it has. If you can make people laugh, you can win their hearts, and better yet, make them buy your products! Personally, I find enjoyment in humorous ads over others since I enjoy the craftiness of a well-told joke. These are the top three ads that knocked my socks off.

In my opinion, what makes a joke funny is the originality, novelty, and the creation of an idea never thought of before. Bud Light did just that. They went over the top in the creativity department with a specific group of men they congratulate in a set of commercials called “Real Men of Genius.” They brilliantly attempt to honor average men, who although may not win any awards, deserve a Bud Light for their valiant efforts. I appreciate the intentions of Bud Light here and wish I were also awarded for the random things I manage to accomplish. The audacity of it all is comedic gold.

I have never played organized football myself, but I do know linebackers are typically the scariest individuals on the field. Reebok played this to their advantage and placed linebacker character, Terry Tate, into an office setting; setting him loose to take care of the shenanigans in this classic Super Bowl commercial. I love sports and the possibility of this ludicrous idea being made reality is what makes this spot so entertaining to watch and ultimately so effective. A Terry Tate for our office would make me quite productive; yet, I would also be broken!

With numerous legendary commercials, it’s hard to make this list and not include Doritos. This one takes the cake as my favorite as it sums up the brand’s wittiness and goofiness. Doritos perfectly portrays their chips to be tasty enough to be used as persuasion items, and can you blame them? The man on the airplane leverages this and attempts to use his Doritos to lure an attractive lady to sit next to him. Deservingly, this commercial took the top spot in Doritos’ “Crash the Superbowl Contest,” as it nailed the Doritos’ style and the creator won the chance to direct in Hollywood. I find Doritos to be tasty, but I have found their style of commercials, especially this one, to be hilarious.

When we laugh, we are happy, and when we are happy, we focus on what makes us happy. It is almost our human instinct to want to have fun and find entertainment wherever possible. The same goes for effective advertisements. When an advertisement evokes a humorous reaction, people stop and pay attention. The previous ads encompass the best elements of comedy and in turn were each highly effective at the same time. With that being said, don’t stop laughing and having fun, it’s contagious!